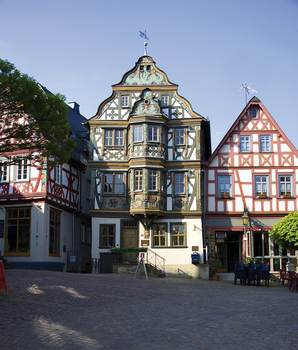 The so-called Killingerhaus is one of the most beautiful Idstein half-timbered houses and the one with the richest wood carvings. The town clerk Johann Conrad Killing (he died in 1630) together with his wife Anna Margarethe Loeber, daughter of the Nassau Governor of Bad Ems, had this house built in 1615. The couple remained childless. For this reason, the house later had various owners over the centuries. In 1916, the city acquired the listed estate.

Take a city tour: get to know the historic buildings of Idstein and four centuries of framework.