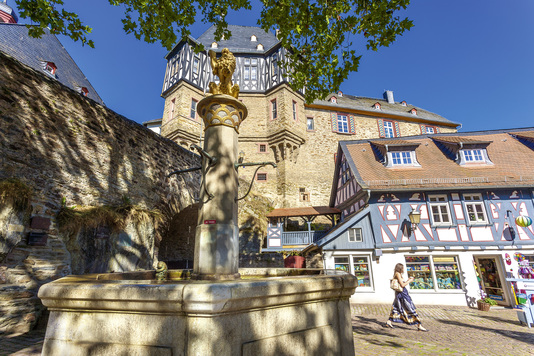 The former Gate Building, which marks the separation line between the town area in the south and the grand area in the north was constructed in 1497 under the reign of Count Philipp of Nassau-Idstein and served as the count’s chambers. There were further numerous utilizations as for example, the guardroom and prison, torture chamber, granary and living quarters for the clerks. Today, the Idstein registry office is on the first floor where in the festive and spacious rooms marriage ceremonies are held.